Kendall’s work is found in major museums across the country, though it is often not on exhibit. A notable exception is the painting below, An Interlude, which is prominently displayed in the Smithsonian American Art Museum in Washington, D.C.. Following is a sampling of his museum pieces. 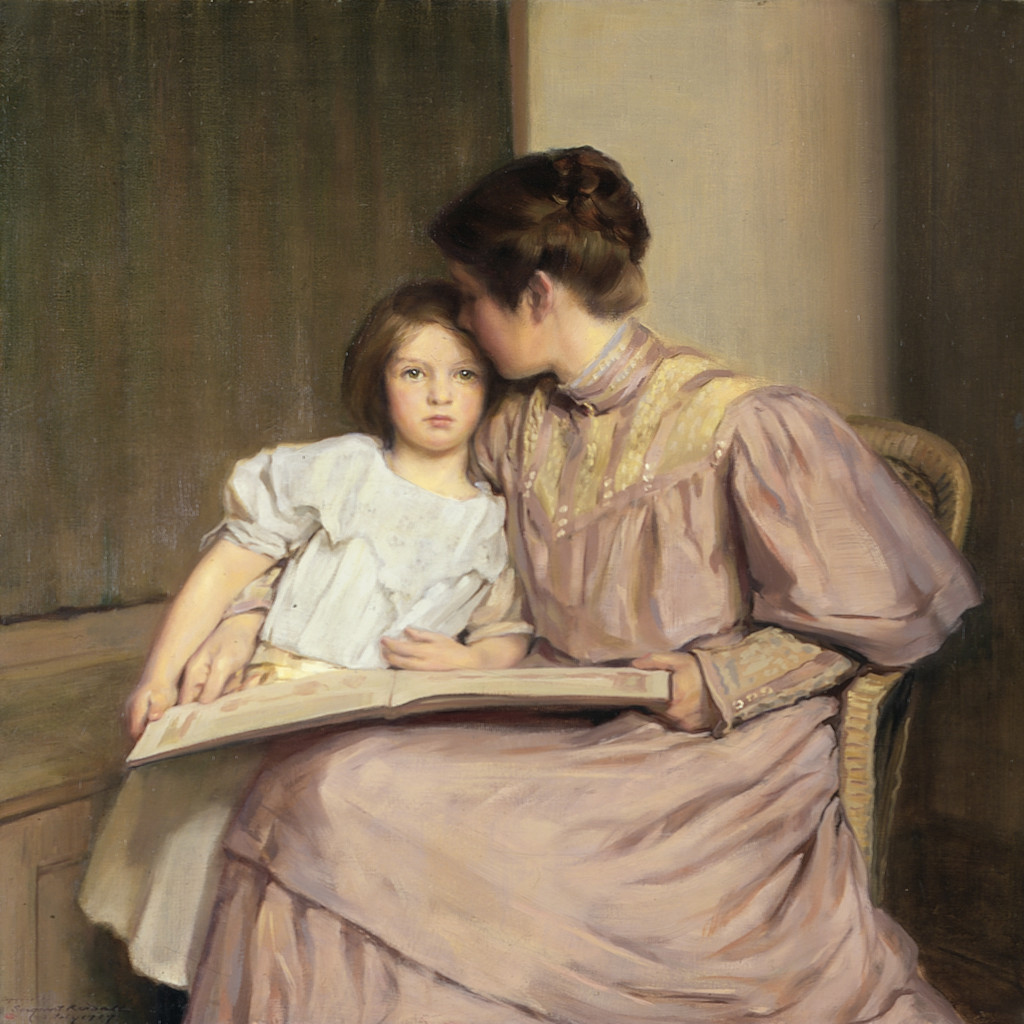 An Interlude. This painting of the artist’s wife, Margaret, and their middle daughter, Beatrice, has been widely reproduced on gift cards, prints, and the cover of the award-winning book Marmee and Louisa, about Louisa May Alcott and her mother. 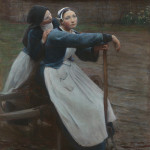 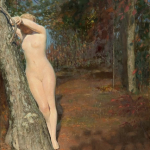 The Smithsonian also owns Désirs (left) and Nur (Transition; right), which are shown larger on the Gallery page of this site. 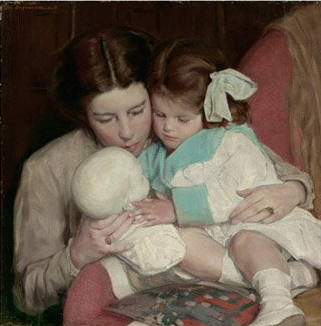 The Critics. This painting of the artist’s wife, Margaret, and their youngest daughter, Alison, shows the pair examining a bust that Kendall carved of Alison herself. Who would judge it more exactingly than the people who knew precisely what the model looked like? 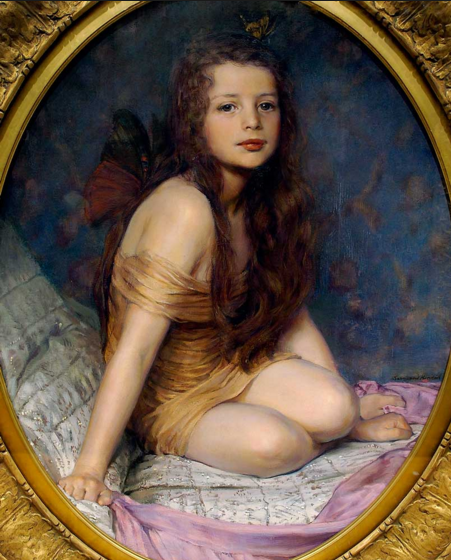 Psyche (right). Kendall’s oldest daughter, Elisabeth, was the model for this painting, which was famous in its day. It was reproduced on posters and plastered on the sides of streetcars. Elisabeth herself never cared for it.

The Seer (below). This was part of a series depicting the artist’s wife, Margaret, and their middle daughter, Beatrice, in a wicker chair. 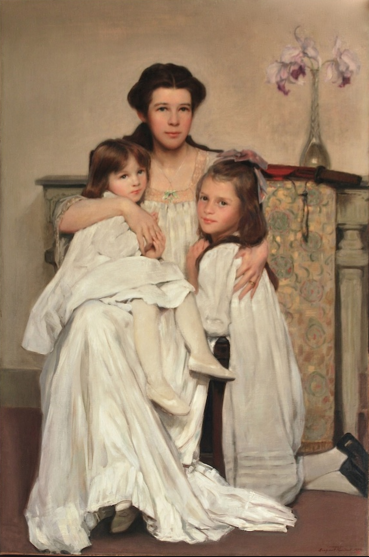 The Artist’s Wife and Daughters.  No further explanation is needed, except to note that Elisabeth has once again been given the most uncomfortable pose, kneeling on the floor.

If you click on the link for the Springville Museum of Art, you’ll see a nice article and video about the restoration of this painting. 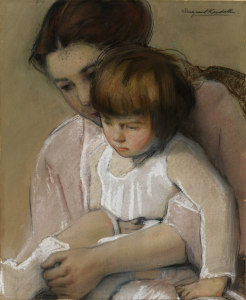 Mother and Child. This lovely pastel is part of a series that Kendall did of his wife, Margaret, and their youngest daughter, Alison. 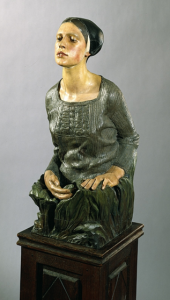 Quest (left). This painted wooden sculpture of a woman in Breton costume is thought to have been of the artist’s first cousin and adopted sister, Annie Saunders. Kendall carved the elaborate wooden base for the sculpture as well.

Beatrice (right). This painting is part of the same series as The Seer, which is in the collection of the Metropolitan Museum of Art. 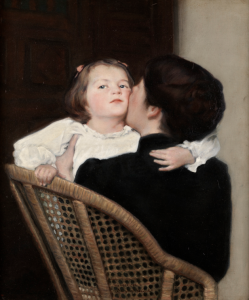 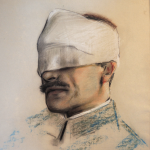 Portrait of Jean-Julien Le Mordant (left). While Kendall was dean of the Yale School of Fine Arts, he did a series of pastel portraits, mainly of various university professors and officials (below). The pastel on the left was a notable exception. It showed the Breton artist and architect Jean-Julien LeMordant, who received an award from Yale for the valor and leadership he displayed in the trench warfare of World War I. 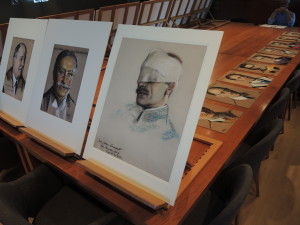 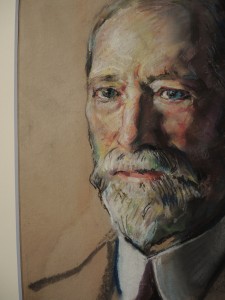 Crosslights. Kendall’s “mirror paintings” were among his most highly regarded in the early 1900s. 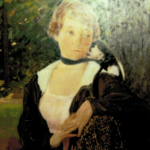 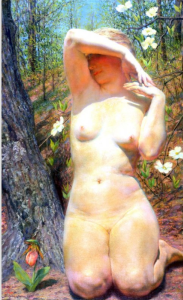 Cypripedia. This was one of a series of nudes in the woods that Kendall did in the last phase of his life. The cypripedia is a type of bulbous flower, seen at the bottom left of the painting. The model’s ample hips reminded Kendall of the flower’s form.

Though privately owned, The End of the Day is now on exhibition in Seattle. 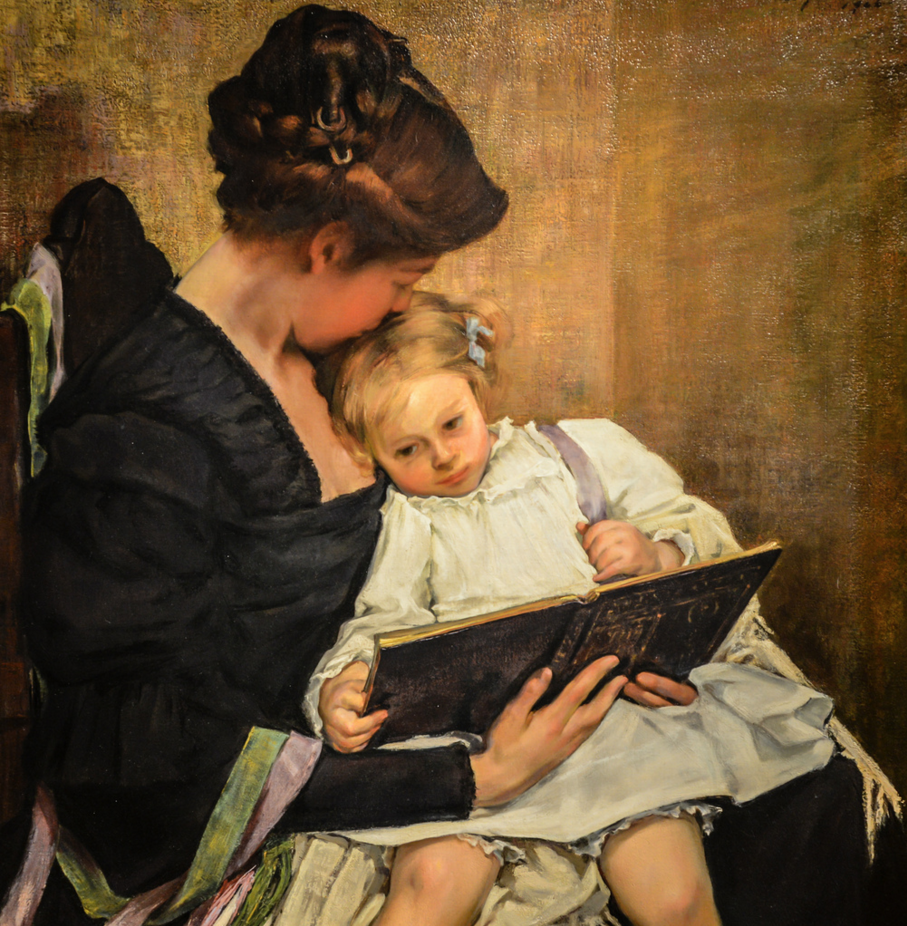